The Possibility Code – How one picture from Rishi (AT Inventor with Disability) brightened my day!

The Possibility Code – How one picture from Rishi (AT Inventor with Disability) brightened my day!ata_adminJanuary 13, 2021January 27, 2022 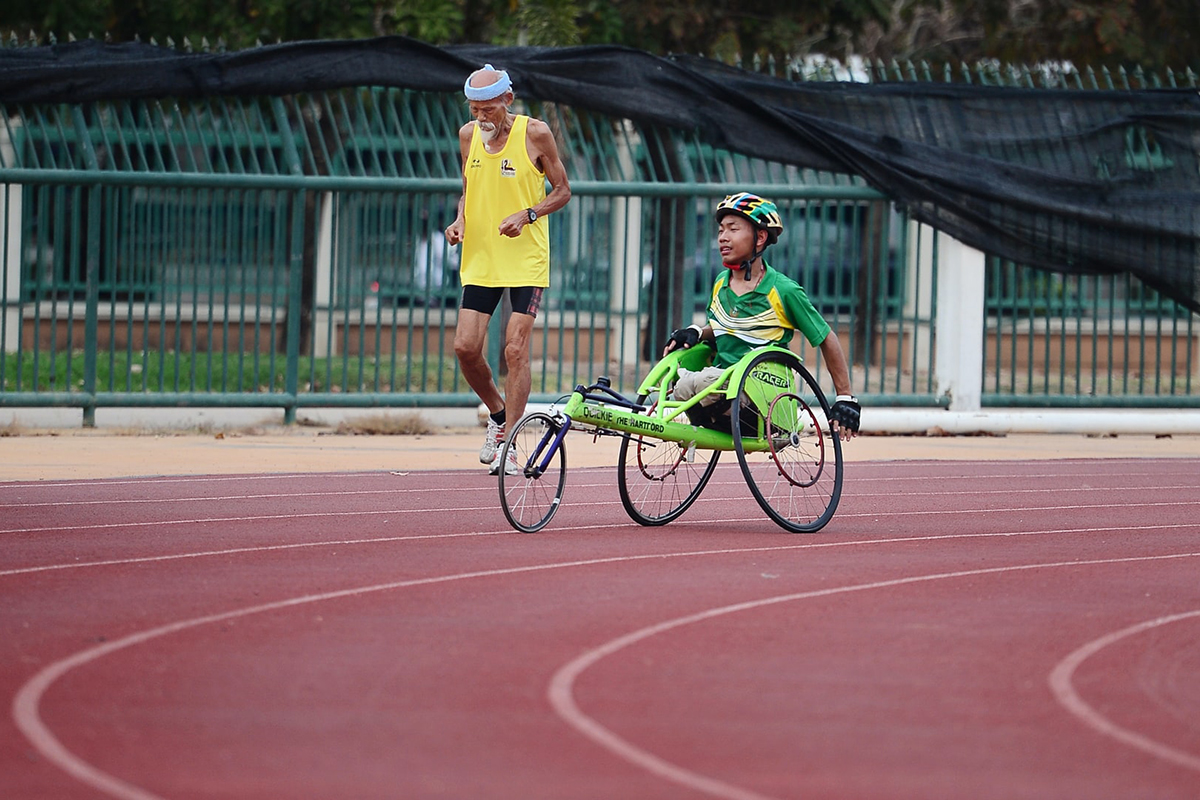 Life is nothing but a series of permutations and combinations where we are the mathematicians who strive hard to make sense of these complex equations and develop virtue. Some series are more complex than others just like how some days are brighter than others.

This reminds me of a very beautiful morning when everything was monotonous and I could draw the conclusion that the sum of life seems predictable for a while. However, it was merely an illusion as the day had a lot more stuffed for me than I was predicting. An early morning run was followed by a warm and delightful cup of ginger tea. Just as I was taking the first sip, I heard the tune of notification from whatsapp. I immediately unlocked my phone and pushed through the notification only to see the most happy go lucky and day brightening picture, a picture of Rishi Krishna, co-founder of Symbionic. This picture was special, as Rishi was wearing the Titan – The most intuitive, functional and affordable prosthetic arm he has invented!!

Isn’t this a beautiful depiction of possibilities?

The same possibilities that are generated through brainstorming just like that extra ray of sunshine that makes some days brighter than others. Moreover, the day was passing by and the child-like urge of mine to spread it across took over and I forwarded the picture to my closed ones only to get similar reactions. The day was about to end but the picture was imprinted in my mind and I had a lot of thoughts rushing through my brain that involved it, thoughts that created an urge to go deeper and solve the more complex series.

However, at the end of the day, I sleep smiling, not because we have been able to solve all the problems, but because we see possibilities. In my case, possibilities that arrive by supporting disabled entrepreneurs like Rishi through ATF, possibilities of reaching out to those millions of people with disability and empowering their learning, livelihood and living.

A few years back, Rishi lost his right forearm in a catastrophic accident.

This was the time when Rishi needed to dwell into the complex equations of life and this unfortunate incident changed his life in a matter of a few months. After his prolonged treatment procedures, he began his search for prosthetics and came face to face with a grim reality that the prosthetics are not only expensive but are also not built to cater the needs of the user. After a lot of conversation with the prosthetic companies, he could not find a prosthetic that fit his category. Every amputee irrespective of the nature of his/her amputation is given the same type of bionic arm.

He wanted to find a solution to this, he started with research and discussions about it with experts and decided to build one for himself. He wanted to create a bionic arm that can be custom-made for people, unlike something that would take a hefty sum from their pockets and give a product that hardly meets the needs of the user. He wanted to make it intuitive and reliable for the user so that he/she can feel it as an extension of one’s own hand and also make it affordable to the general masses.

Well, to sum up my train of thoughts, I will just say that the picture is the personification of possibilities which depicts the beautiful outcome of the efforts laid by Rishi.

The story of Rishi is filled with rays of hope that makes a day brighter, projects the sublimated desire of exploring opportunities and pushes us to seize limitless possibilities.