BENGALURU:  Smartphone cameras could soon become a visually challenged person’s window to the world. A newly developed Artificial Intelligence (AI)-powered mobile application that is set to hit the market will provide the user live and vocal commentary about his or her surroundings.

The product, developed by Bengaluru-based startup Eye-D, is among the three disability technology solutions to be deployed by the government-sponsored Assistive Technology Accelerator (ATA).

Besides Eye-D, ATA has already incubated two other startups working in the assistive technology space — NCR-based Inclov which has developed the world’s first matchmaking and meetup portal for people with disabilities, and Mumbai-based Innovision which has developed BrailleMe – a digital braille device which gives visually impaired students and professionals quick and easy access to their books, files as well as notes.

The three startups – all have already secured seed funding – were chosen after close evaluation of over 60 startups working in the assistive technology space across the country. With the first cohort of startups under the ATA’s wing expected to graduate next March, applications for the second batch will open in February, 2019, said Prateek Madhav, CEO, ATA.

We will also organize an assistive technology conclave in the city in March where international speakers will be invited. While we are currently working out of Samarthanam’s facility in HSR Layout, we will eventually move to a bigger space,” said Madhav.

According to experts, when it comes to scaling up, startups working in the assistive tech space face far more challenges than those working in other sectors .

Ravi Narayan, chairman – advisory board, ATA, told TOI: “This is a very fragmented, undocumented ecosystem, making it hard for startups to scale up. This is also due to lack of proper infrastructure and business models. ATA aims to create an ecosystem that will bring together entrepreneurs, NGOs, investors, researcher corporates, channel partners, customers and consumers on one platform to address this issue. We have already chosen three companies and have started working with them.”

Meet the mentor of startups working with differently-abled peopleata_adminJune 18, 2019June 9, 2020 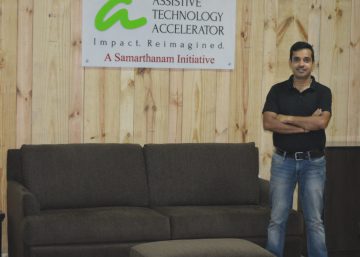 June 18, 2019June 9, 2020|BY ata_adminMeet the mentor of startups working with differently-abled people 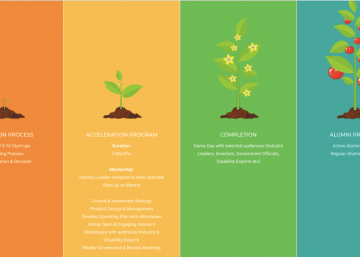 In a country where 8 crore people live with some form of disability (as per...